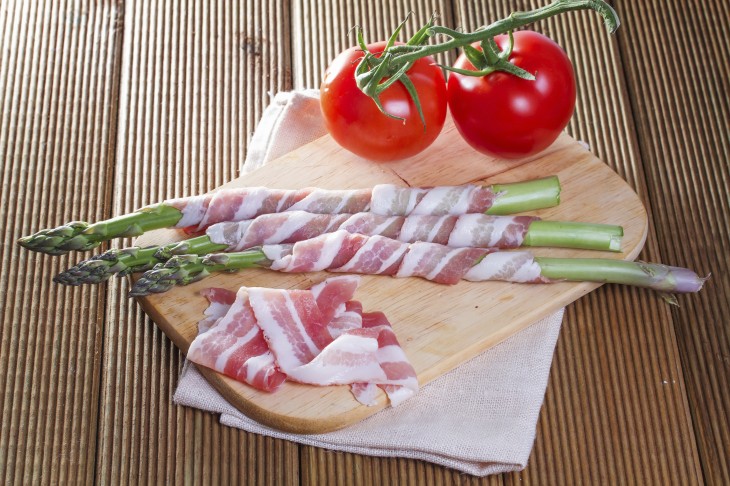 Everything in this post is based on my own personal observations.

Okay, so I decided to watch some Paleo/diet debates.  First thing I noticed, the person who is against Paleo is always on the high “energy” end.  They get so worked up.  Second thing I noticed, the only thing people who are against Paleo can really debate with someone who is for Paleo is usually the definitions of some of the terms used; processed foods, anti nutrients, etc.  I saw a debate where they said that when you kill a cow and cook it, that it then becomes processed food.  Well, no.  Foods packaged in cans or boxes are processed.  If the list of ingredients is long or hard to pronounce, the more processed the foods are.  Additives and artificial flavors are things you would find in processed foods.  Here’s a good example: avocado oil, olive oil, and nut oils can be obtained by using a cold press, whereas canola oil, soybean oil, or other types of vegetable oils go through a chemical extraction, bleaching, and deodorizing.  So any food containing those processed oils, are bad news.  But now you see why part of the Paleo lifestyle includes olive oil or the nut oils.  Ghee is minimally processed (yes, minimally processed), and it’s a must-have for Paleo-goers.  Plus, you can make ghee at home, and you don’t need fancy equipment.  Why can’t we eat grains?  Because grains are highly processed.  Humans can’t actually digest grains without them going through extensive processing.

I will still stand by the fact that every single person needs to find out what works for them.  If you stick to a strict 30 days of Paleo, you can then introduce things back into your diet, such as dairy.  If it works, then great, if it doesn’t, then you know.  People get a little hung up on the idea of a “caveman diet”.  Calm down, people!  Obviously, we are lucky enough to not have to go out and hunt for our own food, or move huge boulders to make shelters, but what we can do is mimic cavemen to modern standards.  Living Paleo is comparable with someone who is vegan, or gluten free, or someone who follows the famed “South Beach Diet”, in that, we do and eat what we want because that’s what works and it’s what we believe in.

I am a perfect case example of why Paleo could work for some people.  I’m not into diets, and I’m not the hugest fan of working out.  I have stated facts and examples of ailments I had, and I’ve told you what becoming Paleo and doing research has done for them.  I will reiterate some of them now…I was sick so often, once I went Paleo I managed to remain healthy.  I lost a bunch of weight in a healthy way and have been able to maintain the weight loss.  I have more energy, considering I work an overnight shift.  My cryptic tonsils are no longer an issue having eliminated dairy.  My joints have not been achy and sore since stopping my gluten intake.  My eczema has cleared up so much that it’s almost completely gone!  Migraines?  Thing of the past.  Need I continue?  If you’re interested in what else it’s fixed, I suggest you go back and read my old posts.

“If you keep good food in your fridge, you will eat good food.”