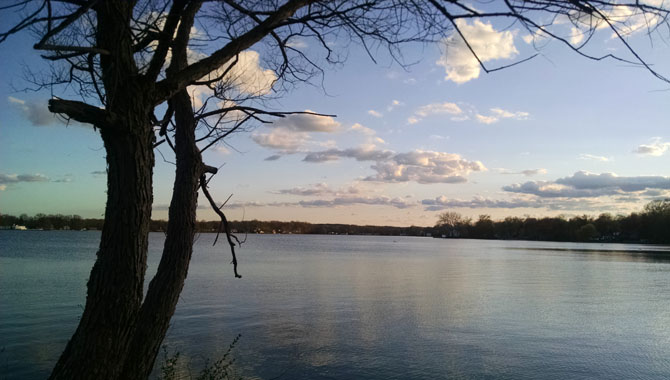 I read a lot about endoscopies and people’s experiences with them before I got mine done.  Mostly I read good things, but there were a few that had me like, “WHATTT?!”.  I know you’re probably saying not to believe things you read online, but I just wanted an idea.  I had never been put under anesthesia before, so I had to obviously Google it!

Just in case you were wondering…an endoscopy is a procedure that the doctor inserts a little camera with a light down your throat to check out your digestive tract (please Google that for the full, proper definition).  Some people said they felt nothing, other’s said they could tell when they inserted the camera and they heard the doctor ask them to swallow the scope!  I got nervous reading it, but quite the contrary when I arrived for the procedure.  Usually, in a situation such as this, I would probably be a ball of anxiety, but I wasn’t.  I was just relieved that we were getting to the bottom of my problem.  So the day of the procedure, I had my mom drive me.  You need someone to get you home, if you’re getting knocked out.

We get there, they asked me a few questions, and put 2 bracelets on me – one to identify me and the other to let everyone know I’m allergic to penicillin.  A few minutes later I go inside the prep room.  It’s a bunch of hospital beds behind curtains.  They put me behind one of the curtains and tell me to take off only my shirt and put on a gown.  I could take my shoes off if I wanted to, but it wasn’t necessary; I took them off.  I put all my stuff in a bag and climbed into bed.  Another nurse asked me a million questions about my health and history, and whether or not I had ever been under anesthesia before.  I said no, and made the mistake of asking her what it was that they would be using…propofol.  That’s the stuff the MJ really liked.  Ugh!  Now I had that in my head, but I got over it fast!

They put you into what’s called a twilight sedation.  So essentially you won’t feel a thing, but you’ll breathe on your own and you’re still kind of conscious (or so I was told – this is open to interpretation).  Okay, so ANOTHER nurse comes to give me my IV – well, get it ready.  She looks at my arm with my tattoos and decides she’s going to the other arm.  Her first attempt she “blows out” my vein!  This was not a pleasant feeling.  To my understanding, this is when they literally pop your vein, or something to that effect.  Instant bruise!  I learned later that it was blood leaking out – not as horrific as it sounds, but painful, nonetheless.  She has to poke my arm again, up by the elbow bend.  She gets it in, tapes it on, and starts a drip.  I think it was saline, but I think it had a sedative in it.  Because like I said before, by this point I would be completely anxious; I wasn’t.  I started to shiver uncontrollably, so a nice nurse gave me a blanket.  I couldn’t bend my arm because of where the nurse put the needle, but I might have just been in my own head about that.

So I waited there, listened to the music playing, listened to the woman behind the curtain next to me talk to everyone…tried to time out the procedure by who left and when they came back, but of course the guy right before me was going in for a colonoscopy AND endoscopy – so that wasn’t a good gauge.  Then I guess I figured it to be about 15 minutes for each person.  So a LONG time passed as I was waiting…like an hour and a half almost.  Then it was my turn…finally, I would be going in and finding out what was going on with me, and I would maybe be fixed…maybe.

Two nurses roll me into the room.  They hook me up to monitors – I had the cuff on my bicep, some sticky things on my chest/shoulders, an oxygen mask…and I noticed the anesthesiologist prepping my sleepy medicine.  Random fact about me – I never got NO2 gas at the dentist, because when I was little he told me I would go to “La-La Land”…um, nope.  Haha

Okay back to this long drawn out story…

So the anesthesiologist is asking me if I ever had the medicine before, and she asked how old I was.  I told her 32 (at the time)…she couldn’t believe it.  She said I looked so young.  Then the doctor came in, he’s a cool guy.  One of very few doctors that I actually trust.  I was trying not to focus on anything taking place, but I was getting a little anxious/uneasy.  He went over what was going to happen – I can’t really remember what he said exactly.  He told me to bite on this thing to keep my mouth open during the procedure.  I put it in, but of course, immediately, I had to swallow.  So I took it out quick, one of the nurses was like OMG YOU HAVE TO KEEP THAT IN!  But another nurse came to my defense and said I was just swallowing.  Okay, so I get it back in, they tell me to lay on my left side, straighten my left leg, bend my right leg.  At this point I couldn’t see the lady who was going to put the stuff in my IV – she was behind me somewhere.  The doctor said, “Okay, you’ll be asleep in less than a minute.”  I’m a jerk and in my head I’m like there’s no way.  I tried to keep my eyes open, but suddenly it looked like I was looking through jell-o.  Boom!  15 seconds later (or so it seemed) I was in recovery.  I remember NOT ONE SINGLE MOMENT after the jell-o vision.  I don’t know if I was awake or talking for awhile in recovery, but I remember the nurse asking if I wanted a drink.  I asked for water, and she said no – cranberry or apple.  I asked for diluted cranberry.  That was all a blur to me, but then I do remember being sat up and drinking.  A few minutes later I got dressed, waited for the doctor, and I was out.

Just for the record, the papers I got from the doctor said the procedure started at 2:56PM and the doctor signed off at 3:13PM.  Then I don’t remember seeing the clock until almost 3:45PM – so I ended up getting a pretty decent nap in!  I wasn’t groggy when I got up, just really out of it.  I got in my mom’s car, opened a bottle of water, and spilled it all over myself.  Whoops!

I felt dopey for a day or two after, but then I was okay.  If I had to get it done again, I would.  It was really nothing – and I’m afraid of everything!

Hope you enjoyed this story!  Maybe you just wanted to know what endoscopies were like, or maybe getting anesthesia – either way, hope this gave you some peace of mind!  Would love to hear your stories!

Oh, P.S. I have also read stories about people who don’t get sedated for this…all I can say is, YOU’RE CRAZY!

“Your gut and your emotions are a two way street.  They both impact on each other.  So addressing the state of your gut health, not just the food you eat, is incredibly important to your mental health.”