I wasn’t sure if I should write this post, but perhaps, it can help someone.

This is about mental illness – if you think you need to talk to someone, you should.  I didn’t believe it was ever really necessary, until I needed it myself.

A few months ago, I made the decision to talk to a therapist.  I didn’t tell many people about it.  I really needed it at the time though, but I think I may have held back – to be honest.  The therapist diagnosed me (I guess that’s the way to say it) with moderate anxiety and severe depression.  She was holistic in her practice, so she gave me some exercises and things to do to work through it, without medication.  I did most of the stuff.  I felt better.  I was controlling my emotions – they weren’t taking control of me – I quit talking to the therapist.  Most likely, that wasn’t the best choice, but it was my choice.

I think about when I was doing paleo, and how I felt mentally and emotionally stable.  I was eating great, I was working out – I really took care of myself.  Now I’m wondering if I had stayed strict, would I be in a better mental and physical state – the answer would be mostly yes, but also, no.  I certainly think it would help, so right now, that is what I’m working on.

I think I have to go through a “detox” stage before I start to feel the benefits of eating the right way (at least for my body).  The whole struggle is to just keep myself moving forward.  Everyday is progress.

Lots of research points to the link between sugar and depression.  So if you ditch the sugar, you’re better off, especially if you suffer from depression and anxiety.  Easier said that done, but if you put your mind to it, you can get it done.

“A little progress everyday, adds up to big results.” 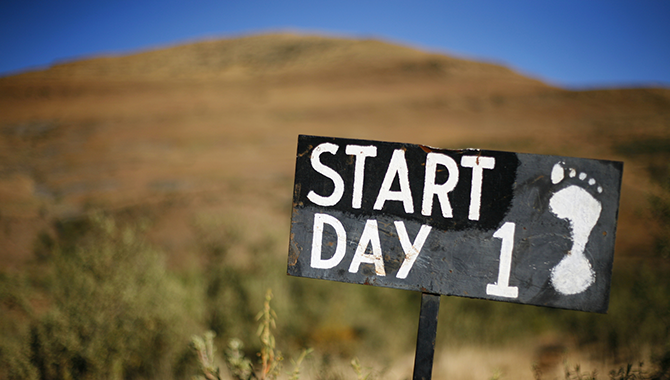 “The first step towards getting somewhere is to
decide that you are not going to stay where you are.”

I feel like I have written this post about a dozen times…(one of these days it will stick).

The day I moved, I broke my years long paleo streak and ate pizza.  It wasn’t as good as I was expecting…but it was convenient.  After that, paleo was over – I tried, but stress and bad time management allowed the convenience of terrible, unhealthy food.  It just became habit, and I started to find comfort in that bad food again.  Everything I didn’t have for years, I wanted – and I got it.  All of the progress I made when I was strictly paleo – was gone.

I beat myself up over it, every day.  I shouldn’t, but I do.  I’m struggling to get back on track.  I really want to see results – and it’s taking awhile.  But every time I feel like I’m making progress, I’ll get on the scale or I’ll try on an old shirt…and I’m just like wow, okay.  I’m probably too hard on myself.  I know that most of you would say, just keep going – and as long as I’m working for it – it’s progress.

It’s hard.  When I beat myself up over it, I break myself down.  I feel defeated.  For sure.

It’s been a week of paleo meals though – and I’ve been riding the Peloton bike everyday since January 4, minus 2 days.  I know that I need to take it one day at a time, but I just wish I felt better.  I always said that your support system is probably a big part of our successes, but if people don’t know we need the support – they probably won’t give it.

Going back to when I said getting a pizza was convenient – I can only blame myself for that.  The laziness and blatant disregard for all the progress I made and what I had overcome – led to my failure.

So on the bright side, I have been preparing meals.  I am using recipes from Nom Nom Paleo – Ready or Not.  They are easy to follow, but I really like them because they are different.  So if you’re just getting into paleo, this is a good book to use.  There are so many books out there to choose from (I probably have a good amount of them!).

“Rock bottom became the solid foundation on which I rebuilt my life.”
-unknown-