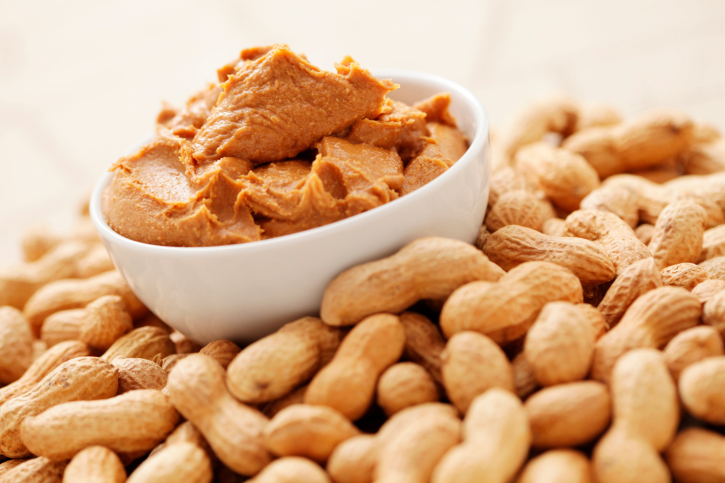 Peanuts…not Paleo.  Contrary to popular belief, they are a legume…a bean!  Who woulda thunk?  Well, most people think they are a nut, and that technically if you go Paleo you can consume nuts…au contraire, mon frere.  Just a note, nuts have a hard, protective shell; legumes have a soft, permeable pod. Peanuts grow underground, because they are part of the plant’s root system.  This leaves peanuts at the mercy of temperature and moisture conditions that allows for the growth of molds (more on that in a second). Peanuts, peanut butter, peanut brittle, honey roasted peanuts…anything with a peanut in it…is no more.  Listen, it’s not so bad…there are alternatives.  Almond butter for example…delicious, creamy, almond buttery…and does everything peanut butter can do, but better.  Don’t knock it ’til you try it.

When it comes down to it, legumes are really not worth it.  They really don’t have much nutritional value, and they are way high in carbs.  Can you say bloated?  Ain’t nobody got time for that.  Plus, most people are allergic to peanuts nowadays…cutting it out would save the world!  (not really.)  Don’t get me wrong…anything peanut butter was probably my most favorite thing in the world, and to be honest with you, I don’t even miss it.

Okay, so more on the mold…   Peanuts are generally stored in large masses, and during this storage time the peanuts commonly develop a mold.  They also can develop this mold when they are growing underground.  This causes a toxin (Aflatoxin) to develop in the peanuts!  Too much of this mold can cause a person to develop an allergy to the peanuts.  I read that Aflatoxin has been known to cause liver cancer, and our liver is really important for a lot of reasons; for detoxification and fat-burning.  In the U.S., usually the way we prepare peanuts is to roast them.  This rids them of most of the bad stuff, but in other countries like China, who boil or fry them (better proven ways of removing the toxins), they have less known cases of allergic reactions to peanuts.

It’s your choice of what you want to consume, but I wanted to shed light on this.  Just because by definition A is B, doesn’t mean your A can’t be C, know what I’m sayin’?  Everything I eat is so full of flavor, I don’t miss things I had to give up.  I had an unhealthy addiction to food (for taste), so now that my food is healthy and tasty…it’s a win-win.  Life is good.  By the way, if you don’t get the quote reference, go ahead and google it.  :c)

“Sometimes I lie awake at night, and ask, ‘Where have I gone wrong?’  Then a voice says to me, ‘This is going to take more than one night.'”