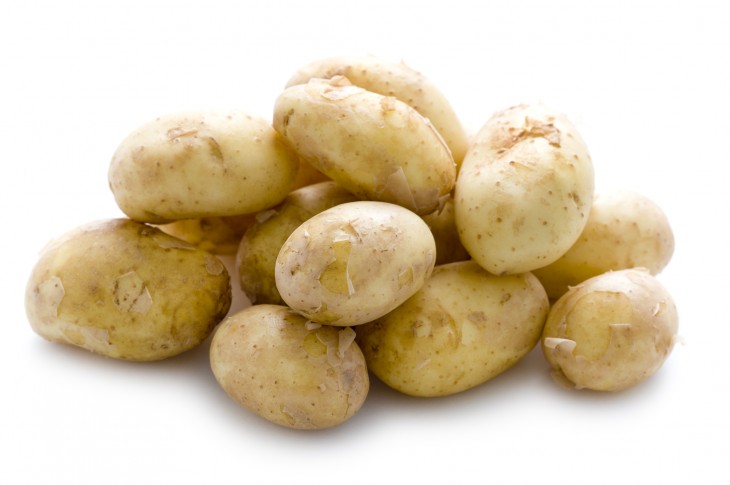 Who doesn’t love some french fries once in awhile?  Sure, they aren’t the healthiest food we can eat, but assuming you bought a potato from the store and made some homemade fries, it’s still better than any other processed-sugar loaded snack.  Right?  Well, yeah.  Truth be told, 1 cup of white potatoes have a heck of a lot less calories than 1 cup of almonds; on the contrary the glycemic index of the white potatoes is way higher than that of the almonds.  Since becoming Paleo, I noticed that I don’t even worry about calories anyway, plus my carb intake is substantially lower than when I wasn’t living Paleo.  As far as how many carbs one should consume, I’ve said it before, you have to figure out your own formula for what works for you.  Don’t listen to what anyone else has to say.

Potatoes are mainly starch, a complex carbohydrate, that supply a small amount of protein.  They do have many micronutrients though, so let’s not hate.  White potatoes are fairly low calorie, high in fiber, and have certain properties that will help protect against cancer and cardiovascular disease. They are excellent sources Vitamins B6 and C, copper, manganese, potassium, and fiber, it’s just that the carb load is what makes the spuds not so good.  The amount of carbs in a white potato causes it to be digested quickly, thus causing a spike in insulin levels.  The insulin is then secreted, and your blood sugar levels drop.  Paleo has made me not miss that carb overload crash.  Now remember, if you’re a diabetic, or have had any kind of metabolism issue, maybe potatoes aren’t the best choice for us.  They are insulin resistant, but still they are better than some other things we could be eating.  I am trying to lose a few more pounds, so after doing some research, I think I’ll be sticking with a non-potato diet (the way I started out).  I’ll see how my body reacts.  I haven’t been over doing the potato thing, but I certainly made some questionable choices about fries or extra veggies.  If you do eat white potatoes, but you only enjoy them in chip and french fry form covered with salt, you are being robbed!  juss’ sayin.

Avoid white potatoes at all costs if you are:  1) trying to regulate blood sugar, 2) trying to lose fat and gain muscle, 3) new to Paleo, 4) sedentary, 5) deal with an autoimmune condition, or 6) feel crappy after eating them!  If you really want some potatoes, go for the sweet potatoes.  Enjoy white potatoes every now and then (make sure you peel them), but don’t eat it in place of your veggies!  Oh, and BTW, if you are looking for an alternative, try plantains!

“People will judge you no matter what you do, so you might as well do what you want.”