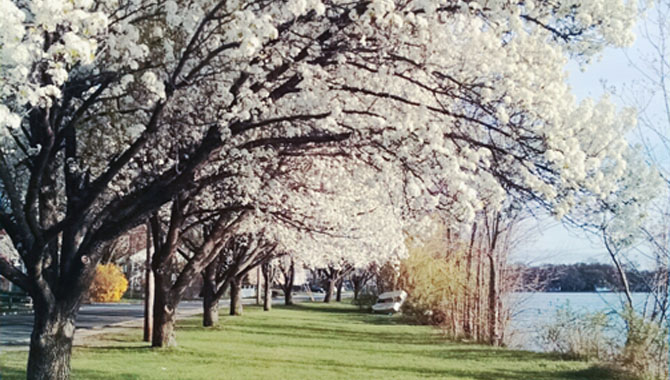 What you’re about to read is based solely on my own observations.

I think I may have cracked the code on menstrual cramps!

I suffer from very bad cramps – have most of my life.  I used to take Aleve like it was going out of style.  I would have to take it a day or two in advance, in order to try to prevent the cramps.  My doctor even prescribed me higher strength Aleve.  Looking back now, this probably has caused some of my adult stomach issues.  I haven’t taken Aleve since going Paleo almost 3 years ago.  Sometimes heat will lessen the pain, but not always.  My doctor also tried to put me on birth control – but I decided against it.

I was trying to figure out what were some good natural ways of eliminating cramps (or at the very least, just lessening them).  I know that when I was really strict Paleo I experienced no cramps.  While I was going through it, I attributed it to just shock.  I thought since I cut out all of the bad stuff and essentially stopped cold turkey on my emotional eating addiction, that my body went into shock and wasn’t sure what was going on.  Could it have been the gluten, or maybe the dairy? Couldn’t have been either because neither has been reintroduced into my diet.  Maybe caffeine?  Nope, definitely haven’t had any caffeine.  I read somewhere that low magnesium levels could cause more cramping, but before I start taking supplements, I want to do a little more digging.  So what could it be?  I eat rice occasionally (sushi or a little with some grilled chicken) – but how would that attribute to cramps?  So I did a little bit of research.  Rice is a high carb, high glycemic index food – so it spikes sugar levels.  Okay, so now we’re getting somewhere.  Aside from rice, sugar has been introduced back into my diet.  Not in a crazy way, but more than I should consume.  So I figured maybe it’s not the rice so much, as it is the sugar!

For 2 months I decided to cut down to pretty much zero sugar intake.  The first time my cramps came around I was going to make observations, but really, the true test would be the second month.  So the first time around the cramps were moderate, not severe.  They were still there, lasted the same amount of time.  The second time around was much different.  I anticipated that I would feel cramps leading up to it – I didn’t.  Okay, so that was a good thing.  Then I was waiting for the real cramps – there was NONE.  I was almost worried, but delightfully relieved.  I made it through with no cramps and no exhaustion!  I wanted to run to the top of the mountains and scream at the top of my lungs – I didn’t.  Ha Ha

So I enlisted my friend as my first test subject.  She is also a sufferer of some pretty incredibly painful cramps.  I told her for 2 months, cut out sugar, and after the second month, report back to me.  Guess what?  No cramps.  So maybe it’s just a fluke, but I would say that’s a pretty solid result.  Sugar causes menstrual cramps.  Therefore, cutting out sugar or lowering your intake altogether will help ease the pain.

I haven’t done much research as far as looking into sugar as an inflammatory ingredient, but I know it is.  I just can’t explain why at the moment.  I did a quick search and came up with this on experiencelife.com.  It says, “…a too frequent or too heavy supply of sugar pushes the pancreas into overdrive, causing it to release too much insulin, and an excessive release of insulin spells inflammatory trouble.”  ’nuff said…at least for now.

If any ladies out there with awful cramps are willing to try this experiment – 2 months zero sugar, and would like to talk about their discoveries, let me know.  Just leave a message in the comments!  I’m interested to see what other’s say.  This may not work for everyone, but it’s certainly worth a try.  Also, any Paleo ladies – what has happened with your cramps since going Paleo?